This page gives a brief overview of the history of STIP.

1994: The first engineering students in politics

In the 1994 elections, STIP won one seat. During STIP's first council term it grew into a mature political party. For example, the 'Delft Knowledge City' strategy was set up during this period, Proteus-Eretes was given a new home, the Eland (now Speakers) was prevented from being lost and, at the beginning of the Internet era, the 'Digital City Delft' was started on STIP's initiative. 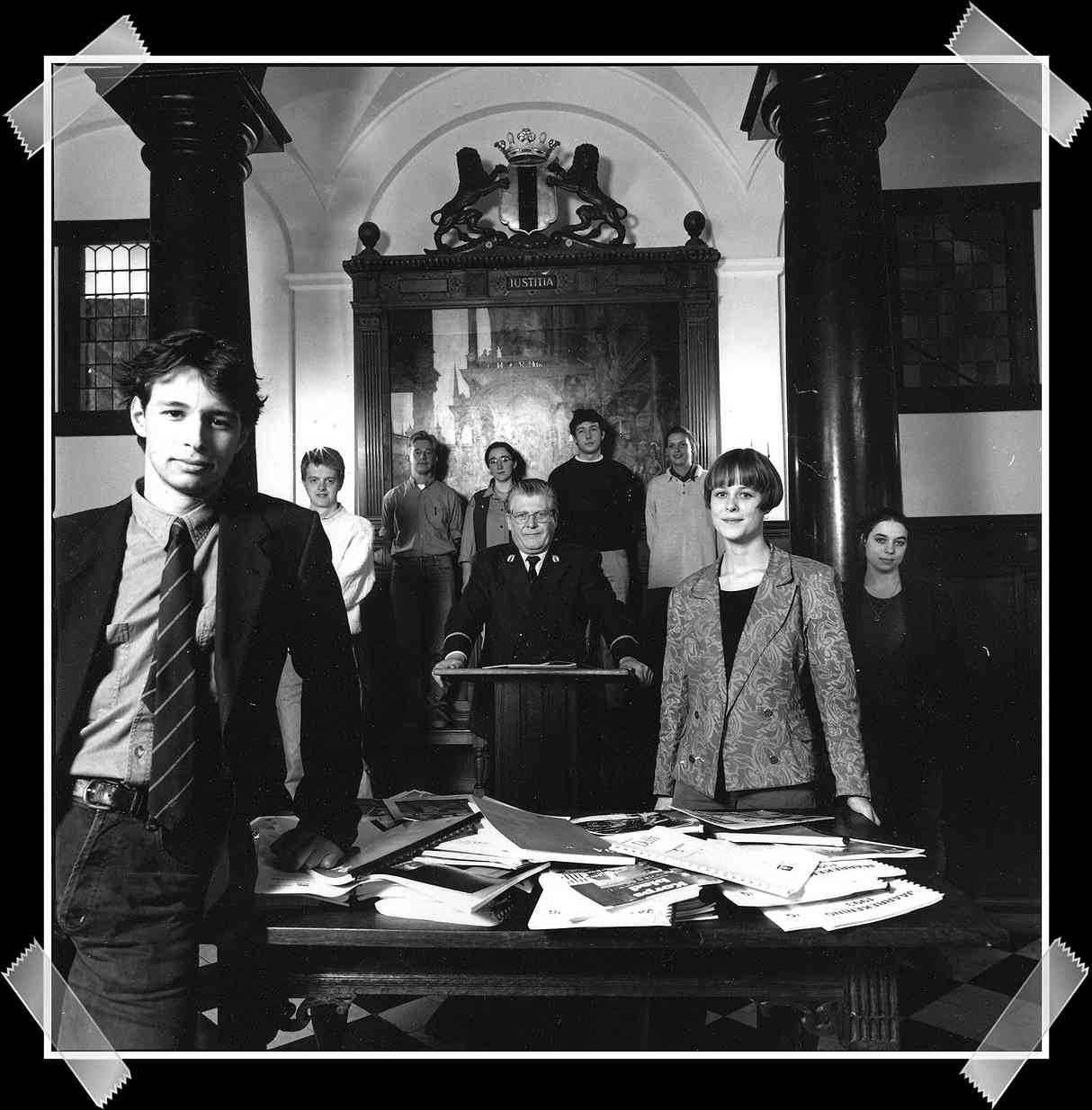 In the elections of 4 March 1998, STIP doubled its number of seats to two. After a few weeks of tough negotiations about the composition of the coalition, STIP was asked to participate in the college of Mayor and Aldermen (B&W), together with PvdA, GroenLinks and D66. STIP's participation in the board naturally also meant that STIP was allowed to provide an alderman. Astrid Janssen not only had the honour of becoming the first STIP alderman, but also the youngest alderman in the Netherlands (21 years).

Advantages, such as the greater influence a council party has on municipal policy and the inclusion of points from the election programme in the council programme, were weighed against disadvantages, such as the strong opposition STIP could expect from the opposition and the question of whether the party was taking a step too far. Although compromises are always made in the council programme (a kind of coalition agreement at the municipal level), the other parties were prepared to meet a number of STIP's important wishes. STIP was also given enough room to profile itself as a student party.

At the elections in March 2002, STIP gained another seat, the counter now stood at three. STIP again obtained a position in the coalition, in which the VVD was also invited to participate.

STIP shared the aldermanic position with D66. Meine Oosten from D66, who had also been an alderman in the period 1998-2002, continued for two more years and Christiaan Mooiweer then succeeded him on behalf of STIP. For STIP, this resulted in the portfolio finance, knowledge city, culture & events, youth, taxes, utilities, administrative renewal and the TU/TNO and Technopolis projects. In this period Bacinol was created, YES! Delft was born and the basis for the event terrain Lijm & Cultuur was laid.

At the elections in March 2006, STIP takes a step back: with five votes the third seat is given away and STIP gets two seats. Despite the loss, the coalition remained intact (except for D66) and STIP again supplied an alderman. Lian Merkx became an alderman for STIP and would stay for the full four years. She was given the Environment & Sustainable Development, Culture & Events, Inner City & Recreation and P&O portfolios. In 2007, Lian presented Delft's new cultural vision, with a strong emphasis on cooperation with the TU. This led to the first Cultural Year of Delft in 2009 and the 'Art City of the Year' award in 2010.

In the municipal elections of 3 March 2010, STIP won back its 3rd seat with 3287 votes. STIP was then once again allowed to sit at the coalition negotiating table. After a few weeks of toil, a coalition of D66, PvdA, GroenLinks, CDA and STIP was formed. Pieter Guldemond became alderman for STIP with the portfolios of Knowledge Economy, Spatial Planning, Urban Marketing and Student Housing. In this period, enough new student rooms were created, as well as bicycle places at the station, and more locations for starting entrepreneurs became available.

In the elections of 19 March 2014, STIP managed to gain a fourth seat. STIP was once again part of the coalition with D66, PvdA, GroenLinks and VVD. STIP also had another alderman; Ferrie Förster took on the portfolios of Economy, Culture and Spatial Planning and managed, among other things, to get YES! Delft to build an extra building and to make the Green Village a regulation-free zone, so that sustainable innovations can be tested more easily. He also managed to get the world-famous Vermeer Street brought to Delft in the Vermeer theme year. The group campaigned for more student housing, making Delft the best student dormitory city in 2017, and took the initiative to make the campus livelier, so that it now has a supermarket, restaurant and coffee bar. She also arranged that the municipality can now be reached via Whatsapp.

On 21 March 2018, a historic victory was achieved and STIP grew from four to six seats. The coalition remained unchanged with GroenLinks as the largest and in addition D66, PvdA and VVD. Once again, a place in the coalition and thus an alderman: Bas Vollebregt, with the portfolios Economy, Culture, Real Estate and Land Affairs.